The rapidly growing human population in sub-Saharan Africa generates increasing demand for agricultural land and forest products, which presumably leads to deforestation. Conversely, a greening of African drylands has been reported, but this has been difficult to associate with changes in woody vegetation. There is thus an incomplete understanding of how woody vegetation responds to socio-economic and environmental change.

Deforestation in Africa has been high on the environmental agenda for decades. In a new study published in Nature Ecology and Evolution, researchers used a passive microwave Earth observation data set to demonstrate that the realities are more complex.

Many earlier studies have overlooked that woody cover has actually increased over the past 20 years in large parts (~30%) of Africa, and in particular in drylands. This increase explains the observed ‘greening’ of drylands, both north and south the Equator. Authors further find that much of this increase may be explained by changes in rainfall and the growing concentration of CO2 in the atmosphere. In humid parts of Africa trends in woody cover are more diverse. Negative trends dominate where population density is high, and often in areas with dense forests with high ecological and economic value. The agreement between the map showing woody cover changes and the one with human population growth is so striking that statistics are almost needless to transport the message:

The findings thus contradict, on one hand, generally held views of loss of woody cover in drylands, e.g. in the Sahel-belt across Africa, yet on the other hand it supports the concerns for deforestation, due to agricultural expansion in more densely populated regions, and due to logging in the sparsely populated Congo basin.

The positive and negative impacts of observed trends are difficult to balance (increase in carbon stocks, lower albedo due to greater woody cover in drylands may have a positive effect on rainfall, the loss of forests in certain humid areas may imply serious losses of biodiversity and ecosystem services…).”At continental scale, it is thus impossible to draw final conclusions, and difficult to state if positive and negative effects are balanced. Local and regional scaled studies have to be evaluated and combined with these continental scale attempts”, said Dr. Martin Brandt from University of Copenhagen.

“Given that Africa’s population is expected to continue growing throughout much of this century, there is a clear need to sharpen natural resource management strategies to counter losses while taking advantage of increases in woody cover in drylands which are large enough to act as a carbon sink” said Dr. Aleixandre Verger from CREAF-CSIC.

“The great new thing is that we are now able to localize and quantify areas of change and we are working hard to quantify the amount of carbon which is affected by observed changes. This knowledge is critical in the fight against climate change”, said Prof. Josep Peñuelas from CSIC-CREAF. 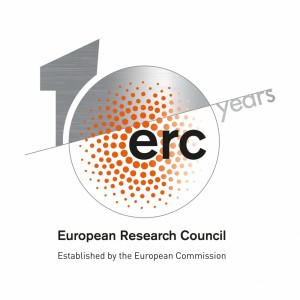 The functional traits of plants in regions of the world with a Mediterranean climate have been shaped to tolerate periods of water deficit. These species are adapted to summer droughts but may not be able to cope with future increases in drought intensity, duration, and/or frequency.

In a new study published in Plant Ecology & Diversity researchers review the mechanisms and traits of drought resistance and recovery of the holm oak (Quercus ilex), which they propose as a model species for Mediterranean-type ecosystems. The aim of the study was to understand the differences and links between the responses of Q. ilex to summer droughts, extreme droughts, and long-term drought experiments. A main goal was to provide an integral picture of drought responses across organizational and temporal scales for identifying the most relevant processes that are likely to contribute to determining the future of Mediterranean vegetation. Evidence from long-term drought experiments showed that acclimation processes from the molecular (e.g. epigenetic changes) to the ecosystem level (e.g. reductions in stand density) mitigate the effects of drought.

Changes in leaf morphology and hydraulics, leaf-to-shoot allometry, and root functioning are among the key mechanisms for overcoming increasing drought. The duration of drought determines its severity in terms of canopy loss and stem mortality. Although Q. ilex can vigorously resprout after such episodes, its resilience may be subsequently reduced. In the future, higher frequency of return of extreme droughts will challenge thus the capacity of these forests to recover. The insights provided by this review of the complex interplay of processes that determine the response of trees to droughts of different duration, intensity, and frequency will also help to understand the likely responses of other resprouting angiosperms in seasonally dry ecosystems that share similar functional traits with Q. ilex.

“The limits of plasticity in primary and secondary growth in relation to future drier and warmer conditions may be determinants for the persistence of some populations in their current structure and function”, said Dr. Adrià Barbeta from CSIC-CREAF.

“We recommend that future research should keep on addressing the combined effect of consecutive extreme droughts and drier average conditions on the structure and function of plant communities, but with a special emphasis on the resilience after crown damage and on the access to the vital long-lasting deep water pools”, said Prof. Josep Peñuelas from CSIC-CREAF.

In a new study published in the Nature journal Scientific Reports, researchers have found that soil carbon loss is more sensitive to climate change compared to carbon taken up by plants. In drier regions, soil carbon loss decreased but in wetter regions soil carbon loss increased. This could result in a positive feedback to the atmosphere leading to an additional increase of atmospheric CO2 levels.

The research was conducted by a group of European and American scientists including Marc Estiarte and Josep Peñuelas from CSIC-CREAF.

Most of the earth’s terrestrial carbon is stored in soil. The world’s soil carbon stocks are estimated to be circa 2000 gigatonnes (1 gigatonne = 1 000 000 000 000 kilograms) of carbon. The researchers showed that drought decreases and increases soil carbon more predictably than warming.

Dr Sabine Reinsch, the first author on the paper and a Soil Ecologist at the Centre for Ecology & Hydrology in Bangor, said, “This cross European study enabled us, for the first, time to investigate plant and soil responses to climate change beyond single sites.

“Putting ecosystem responses to climate change into the wider context of natural climate gradients helps us to understand the observed responses of plants and soils better.”

Professor Penuelas, the Head of the Global Ecology Unit CREAF-CSIC and co-author on the paper, Prof Claus Beier and Prof. Bridgette Emmet, as senior authors of the study commented that “The study highlights and illustrates new and fundamental understanding related to the response of ecosystems to climate change.

“By conducting the same experiment at different moisture and temperature conditions across the European continent, it has become clear and visible how the pressure from climate change factors may act differently, and sometimes even opposite, across these conditions”.

“These differences are important for our overall assessment of future ecosystem responses to climate change, but the study also shows that they can be understood and to some extent predicted.” “These results emphasize how sensitive soil processes such as soil respiration are to environmental change. “

Dr Marc Estiarte, researcher at Spanish research centre CREAF-CSIC and co-author on the paper, said, “In contrast to the soils, reducing precipitation was not a threat to plant productivity in wetter sites, and in the drier sites plants resisted proportionally more than in intermediate sites, whose aboveground productivity was shown more sensitive. This illustrates the clear difference in sensitivity of the soils compared to the plants across the climate gradient.”

“Understanding the responses of plants and soils in other biomes will provide a better understanding of climate change and the effects on global plant and soil interactions and the feedbacks to climate”, said Prof. Josep Penuelas from CREAF-CSIC Barcelona.

The paper is available as an open access document via this URL: www.nature.com/articles/srep43952